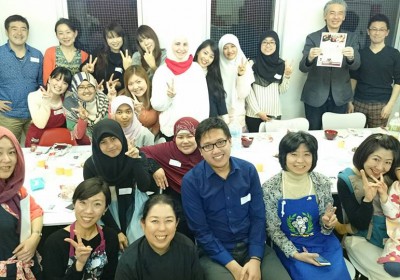 On Saturday, 27 February, 2016, the washoku cooking event was held, hosted by HALAL RECEPES JAPAN in Tokyo!

20 pre-reserved people in total, 8 Muslims living in Japan and 12 of Japanese people who are interested in Halal or culture exchange, attented on the day.

Prior to the Doll’s Festival (so-called “Hinamatsuri” in Japanese) on 3 March, all of them cooked “Temari-sushi”.

At first, they made sumeshi (rice mixed with vinegar), in using awase-su (combined vinegar) of Yokoi vinegar brewery Co.,Ltd., where acquires halal certification. 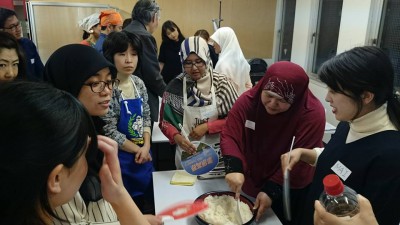 In addition, an instructor, Ms. Kusanagi, held a short lecture as for pesticide removal.

In fact, they conducted the experiment to remove pesticide of perilla using for a material of temari-sushi and studied food safety. 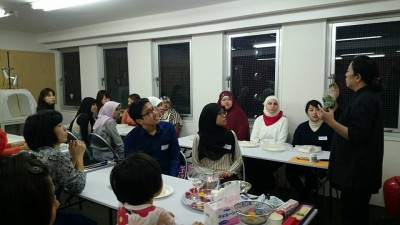 After that, now tried to make temari sushi!

In using prepared sashimi, they made original design temari-sushi for each.

Both adults and children looked so serious, since they made temari-sushi for the first time! 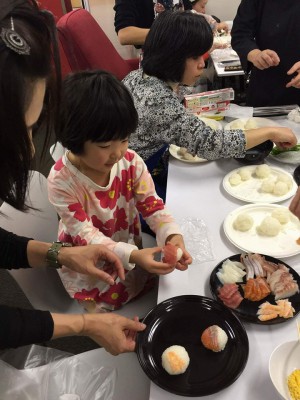 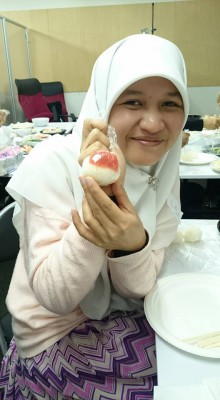 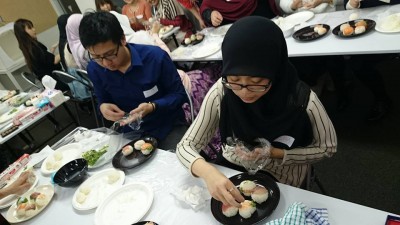 Finally, made it! They enjoyed to talk and had a good time, while eating temari-sushi which they made by theirselves. 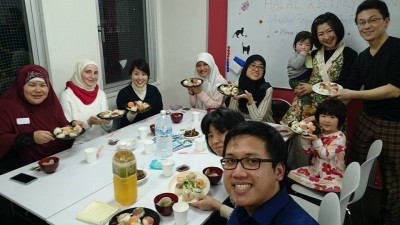 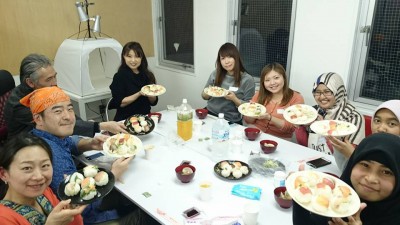 At a dinner time, Japanese people asked Muslims for Islam, halal and lives in Japan. We were noted that it was a good chance to know halal.

At the end, we took a memorial photo! After finished, they exchanged contact each other and they made new friends and it was an enjoyable event till end!

Through this event, if you had right knowledge and arranged a little, we could share what we can enjoy to eat same food all together, regardless of religious, borders, male or female, or ages.

Hence, we shall hold an event regularly. Thank you very much for joining the event!